If you're looking for an easy, low cost and effective way to add some art to your walls try making your own woven paper artwork. This tutorial shows you the technique, and the variations and possibilities are endless using different coloured paper and patterns.

Step 1: Measure and Cut the Artwork Base

Cut a square measuring 32 x 32 cm from the white card. If you are measuring in inches it will be easier to work in half inch increments than to convert centimeters to inches. So cut your white card to 16 x 16 inches.

Now measure the border and cut the vertical lines.

If you're working in centimeters.
Measure and rule a border 4 cm in from each edge.
Measure and mark 1 cm increments along the top and bottom border lines.

If you're working in inches.
Measure and rule a border 2 inches in from each edge.
Measure and mark half inch increments along the top and bottom border lines. 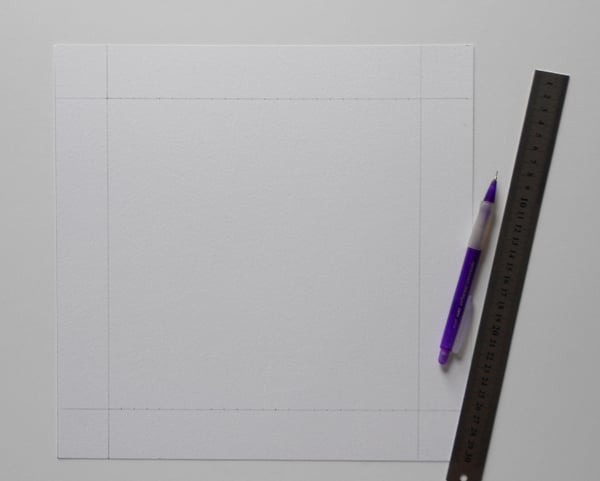 Using the metal ruler, knife and cutting mat, cut vertical lines between the top and bottom borders at each increment pencil mark. At one end cut slightly past the border line by 2 mm or one sixteenth of an inch. You will have 24 vertical strips. 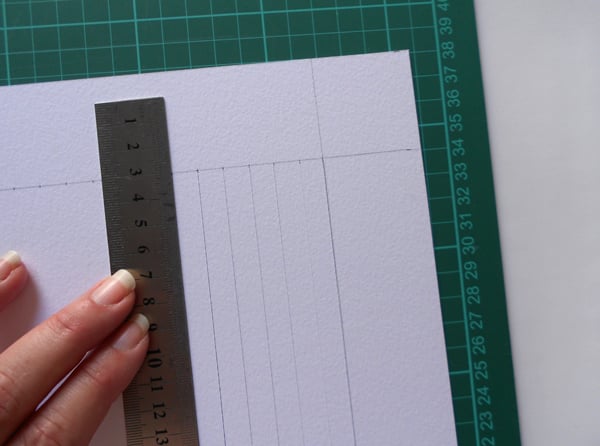 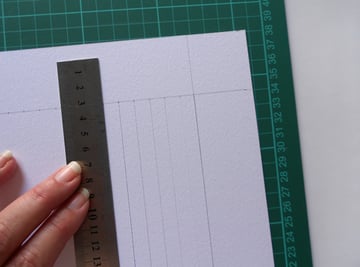 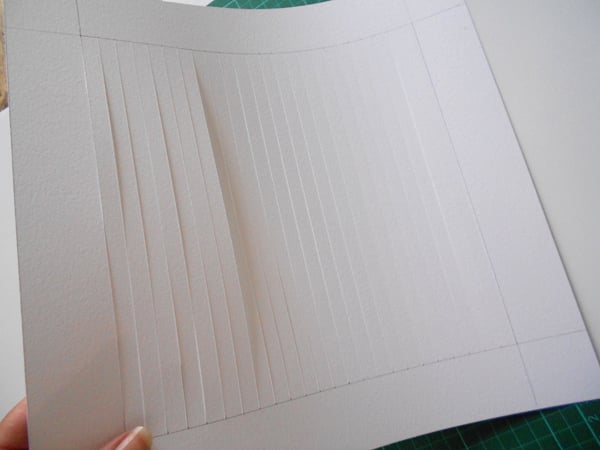 If you're working in centimeters.
Measure and cut 1 cm  x 26 cm strips from the coloured card.

If you're working in inches.
Measure and cut half inch  x 13 inch strips from the coloured card. 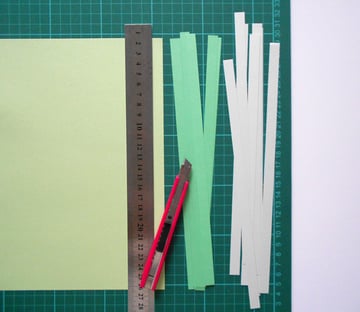 This pattern basically involves weaving under three vertical strips, then over three, repeated across the width of the base card. The only exception to the pattern of threes is at the beginning and end of some rows.

Take the first strip and working from right to left (if you're right handed) weave across the top of the first three vertical strips and under the next three and continue over three, under three until you reach the end.

Turn the base card over and carefully push the coloured strip right up to the top as far as it will go. Make sure it is centered so the overlap on each side is the same. 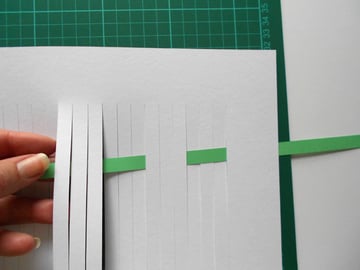 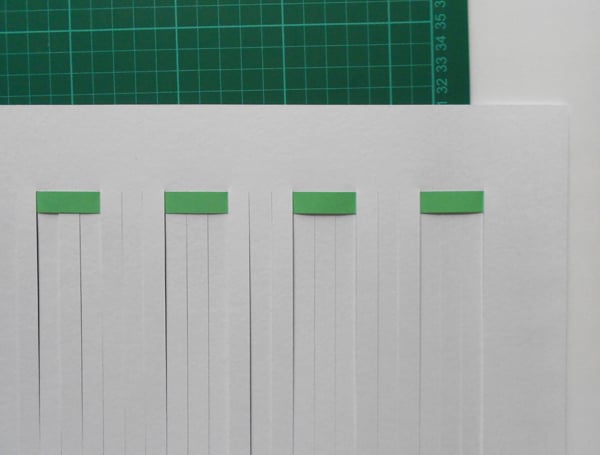 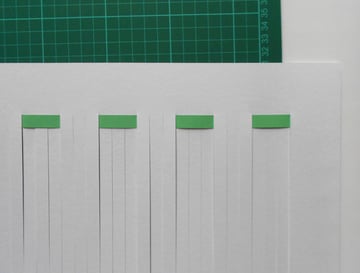 Bring the second coloured strip through from the back of the base card between the first and second vertical strips. To create the chevron pattern the second row follows the three over, three under pattern, but commences one strip in from the edge.

When you've finished the row turn the base card over and push the coloured strip up to butt against the first strip. 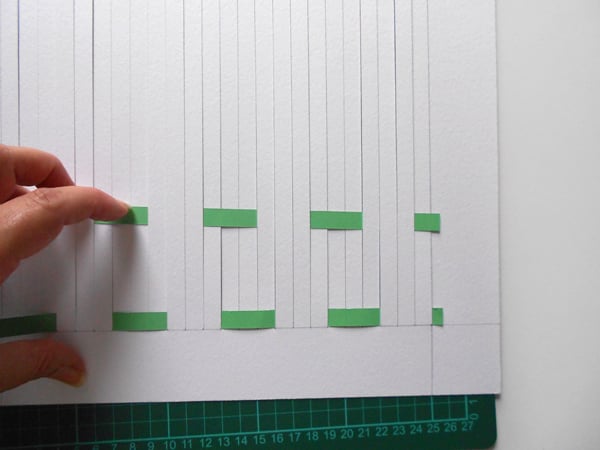 Following the pattern, the third paper strip comes through from the back of the base card between the second and third vertical strips.

The fourth coloured strip begins between the third and fourth vertical strips. Don't forget to flip the base card over each time you finish a row and push the coloured strip up snugly against the previous one.

The first three strips of the second colour follow a mirror image pattern of rows 3, 2 and 1 of the first colour. If this sounds confusing take another look at the finished artwork - it's easier to follow the pattern when you're looking at it. 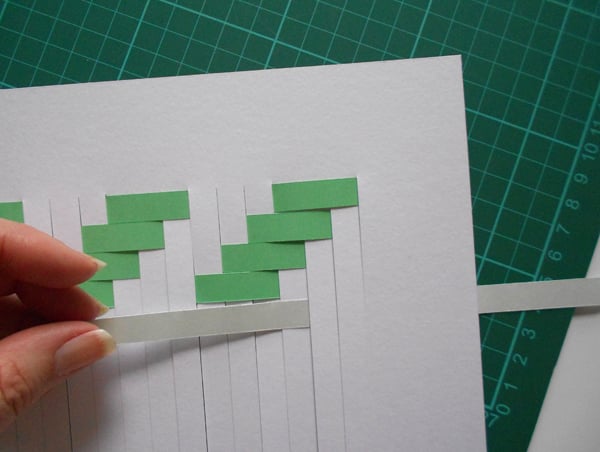 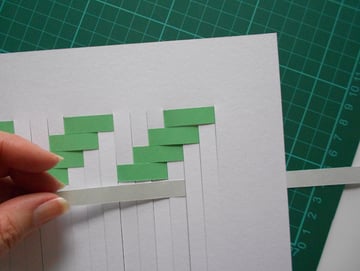 Continue adding the coloured strips in groups of four.

The last coloured strip will be harder to weave. Put your left hand behind the base card and push the vertical strips towards you to create a space for the coloured strip to pass through.

Flip the base card over and adjust the coloured strips if necessary so they are centered.

Run a line of tape along each side to secure the ends of the coloured strips. 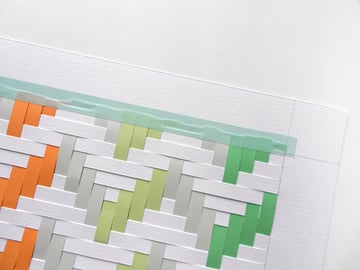 I like the look of the woven paper art hung with washi tape, but it also looks great framed. Sit back and admire your handiwork. 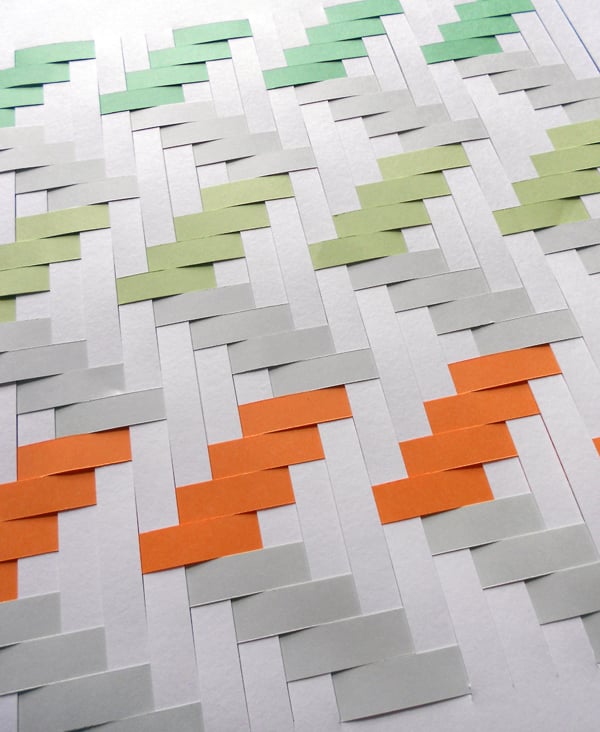 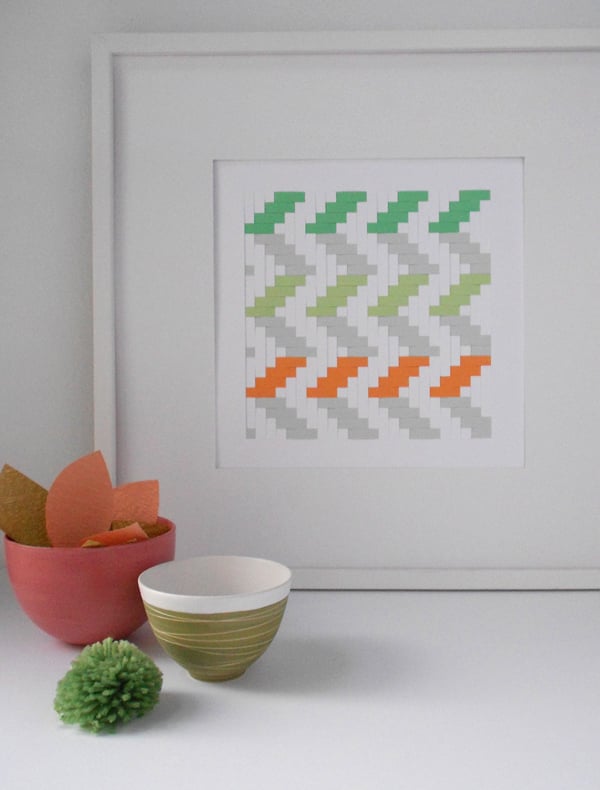 Lisa Tilse
Hello! I’m a designer, maker, blogger and a sometime-stylist. I’ve always been drawn to creative expression and I love making, crafting and being surrounded by beautiful things. I design sewing patterns and kits as the red thread and I'm always making or thinking about creating the next craft project to share. My blog the red thread is all about sharing things I find and craft tutorials I create. My digital magazine, SCOUT, is all that and more. It makes me happy to think that I might inspire others to live a more creative life too.
Weekly email summary