Jewellery Fundamentals: How to Use a Bead Loom

Tribal patterns are one of this decade's summer must-haves. Each year Navajo, Ganado and Chinle patterns are reinvented with new colours, techniques and uses. Print and beading are recurring approaches to exploring the forms used frequently in fashion, accessories and interior designs.

If you've ever tried beading with only a needle and thread, you'll know it's a pretty long process. Once you decide to introduce pattern into the design, you have a complicated and time-consuming technique that is off-putting to most.

Cue the bead loom. This type of loom has been used in both traditional and modern-day beading, and makes beading a lot faster and easier, with a much larger scope for creating pattern. Even if you're a beginner, you can make bigger and better designs faster than hand weaving! Read on to find out how.

Firstly we'll need to set up the warp threads (the ones that are attached to the loom). Decide on the width of your design. I've chosen to create a strip seven beads wide (if you want to create triangular shapes, always go with an odd number so you get a 'one bead' point in the middle). Add one to the bead number, and that becomes the number of warp threads you'll need.

Cut eight lengths of thread about a metre long, and knot them together at the ends into loops.

Hook the loops onto the wooden barrels on the loom, and roll to tighten the threads and create tension. Separate each of the threads into individual spaces on the coil in between the barrels. A crochet hook is a very handy tool that helps divide the threads.

Thread your needle with a long piece of thread. Ideally you don't want to have to change your weft (the weaving thread) too often, so cut a piece of thread that is long, but still manageable.

Thread your first row of beads onto the needle. Do not move them down onto the thread. Just keep them on the needle for now.

Lay the needle on top of the warp threads, and arrange the beads so that they each sit between two warp threads.

Use your finger to hold the beads in place, and pull the needle through the beads. Leave a long tail of thread hanging from the front bead.

Turn your needle around, and thread back through the beads. This time, make sure the needle goes underneath each of the warp threads as you thread through the holes in the beads.

Holding the beads steady with your finger, pull the needle all the way through. This is the first row complete! Now repeat steps three and four to create the second row.

3. Build Up the Design

To build up your design, continue to repeat these steps, but change the colour and arrangement of the beads.

4. Removing the Work From the Loom

Once you're happy with your design, you need to remove it from the loom. This part is important to remember! If you don't thread in your warp threads correctly, all the work you've done creating the pattern will fall apart, and you'll be left with just a beady mess! Firstly weave in your weft (needle) thread back up and down through the beads to secure in place.

After threading a few rows up, cut the excess off in the middle of a row. This hides the thread in the work.

Do the same with the "tail" of thread we left at the beginning of the piece.

Starting at one end of the loom (it doesn't matter which), unwind the barrel to release the threads a little. Cut the thread on the far right so that the excess is around 15cm/6" long.

Tighten the rest of the warp threads back up again, and thread the loose right thread onto a needle.

Continue to thread the warp thread through two beads on each row until you run out of thread, then cut off the excess.

Cut the next warp thread off the loom exactly the same way as before.

Start threading this into the work. This time you'll go through the second and the third bead from the end of each row.

Repeat these steps with each warp thread, weaving each one in one bead up from the last, until you reach the last two threads.

When you reach the penultimate thread on the loom, you will need to change the direction you're weaving it into the beads. This time, cut the thread off the loom, then weave through the second and third bead from the far side.

Then back through the third and second bead on the next row. Continue as before and cut of the excess once you run out of thread.

When you reach the last warp thread, cut off the loom and, holding the work in your hand, thread the warp through the first and second bead of each row. Once you reach the end of the thread, cut the excess off.

Repeat steps 2 to 5 on the other side of the loom.

Once you've finished threading your last warp thread, your piece is robust and ready to use!

In this tutorial we've covered threading a loom, creating a beading pattern and form, and removing the beaded work from the loom. Make sure you check back with Tuts+ for future tutorials on making your beaded designs into usable items. 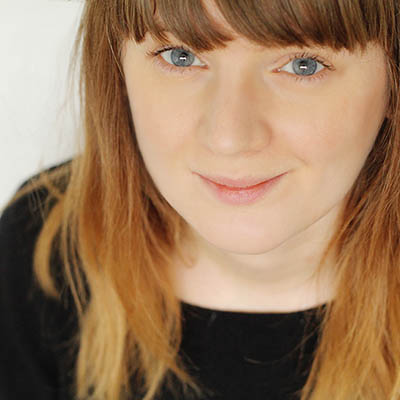 Francesca Stone
I love singing along to songs I don't know the words to, making up dances in my kitchen and my other half's face when he catches me in the act. I like reading the paper on weekends whilst eating way too much mexican food. I'm scared of most things that pose a minor threat to mine, or anyone I'm close too's health and safety. And I drink far too many Bloody Mary's. oh yeah, and I blog and make some stuff.
FallForDIY
Weekly email summary
Subscribe below and we’ll send you a weekly email summary of all new Crafts & DIY tutorials. Never miss out on learning about the next big thing.
Advertisement
Translations